The first time I ever saw an opera, live or otherwise, was less than two years ago. (For the record, it was Lyric’s 2014 Il Trovatore—or, more accurately, the second half of it.) Prior to that, something about the opera house felt off-limits, even though I’d long felt comfortable in the concert hall. Maybe it was my near-total ignorance of the repertoire, or my mother’s intense dislike of all things opera (stemming from an unfortunate experience involving Wagner and standing-room-only tickets). But if I’m being completely honest, I still feel that way sometimes.

Thank God, then, for small companies, which, to someone like me, seem to embody everything big houses are not: young, flexible, adventurous, and, at least comparatively, cheap. (Lyric General Director Anthony Freud and Daniel Grambow of Chicago’s Floating Opera Company discussed the unique challenges of running large and small opera companies in a panel discussion at the University of Chicago earlier this year.)

Having spent most of the summer in my hometown, an East Bay suburb, I can’t help, then, but be disappointed that I wasn’t aware of West Edge Opera sooner. Otherwise, I might have been turned on to opera long before college.

Founded in 1979 as the Berkeley Opera, West Edge satisfies off-season cravings with adventurous programming and productions both impeccable and pert. Since 2014, it has supplemented its summer festival with “Medium Rare,” a series featuring concert versions of lesser-known works by major composers; next season, it debuts “Snapshot,” a winter exhibition of operatic works by local composers. (They’re accepting submissions through the end of the month.)

After mounting facility costs forced the company from El Cerrito High School’s theater during its 2013 season, West Edge made the savvy move to relocate to Oakland’s historic 16th St. Station, a Beaux Arts-style railroad station by Chicago architect Jarvis Hunt. The station, which once served the first elevated rail line in the West, has been defunct since 1994, after suffering damage during the 1989 Loma Prieta earthquake. 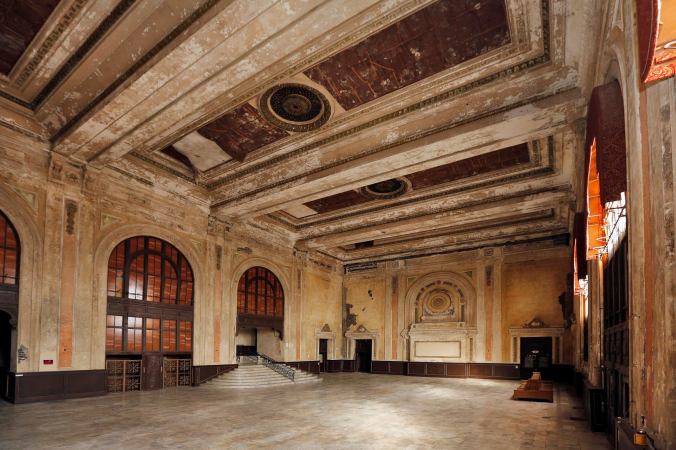 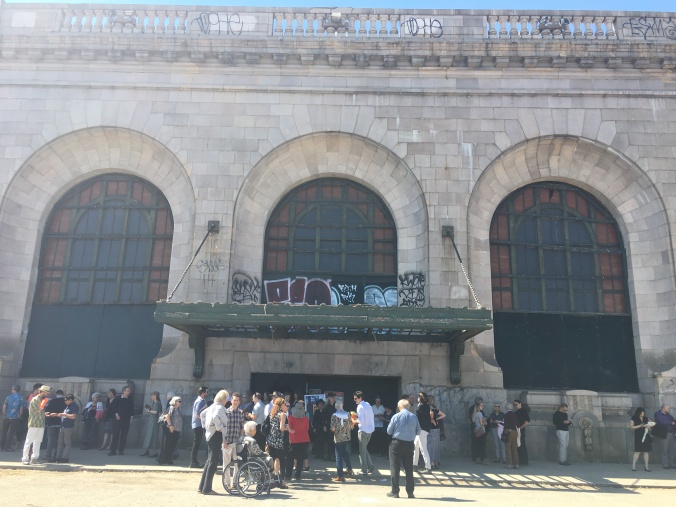 The use of the abandoned train station transcends mere gimmick—in fact, I’d say it works exceptionally well. Obviously, the space wasn’t designed with live performance in mind, so it can’t realistically be compared to a concert hall; yet, after positioning myself different places in the venue, I was hard-pressed to find a spot in the shoebox-shaped station where the acoustics were wanting. The same goes logistically: though most patrons arrive by car, the station is very accessible, sitting a reasonable walk or cheap Uber ride’s distance from the West Oakland BART station. The considerable space around the building leaves plenty of room for parking, as well as West Edge’s complementary concession stands, porta-potties (one downside of the venue: no running water), and photo galleries to peruse during intermission.

The most astonishing part? As Joshua Kosman reported last month in the San Francisco Chronicle, West Edge did it all with an operating budget of just half a million dollars.

On this season’s docket was The Cunning Little Vixen, Powder Her Face, and Agrippina. I attended the final performances of all three in a 30-hour span; so seamless and riveting were West Edge’s productions, however, that the aftereffect was not mental fatigue but the giddy glee of total musical immersion. 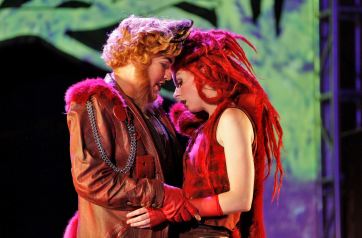 The Fox (Nikola Printz) and the Vixen (Amy Coote). 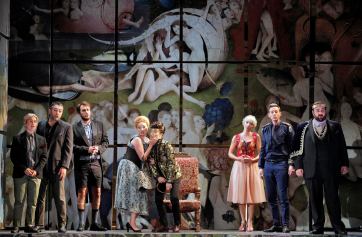 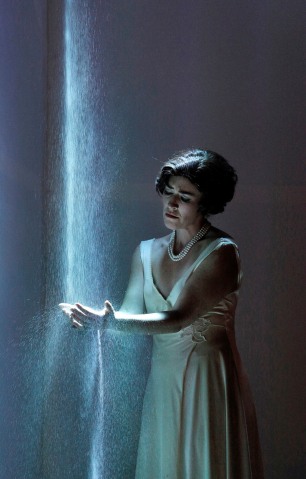 I began with Vixen—a wise choice, given its brevity (90 minutes) and fable-like simplicity. Clever interpretive touches further blurred the lines between the human and animal world—lines already blurred in Janácek’s libretto. (A personal favorite was the way the animals “tagged” territory and flirted by spray-painting designs on trees.) A reduced orchestra led by music director Jonathan Khuner admirably navigated Janácek’s lush score, and the professionals singing the principal roles excelled, especially Nikola Printz as the sweetly suave Fox and Philip Skinner as the bumbling yet determined Forester. My only (curmudgeonly) complaint?  The soloists from the Piedmont East Bay Children’s Choir, who sang the roles of the young forest animals, were nearly inaudible and almost always distracting.

I returned that evening to catch Adès’ 1995 tour de force. West Edge’s production was considered the can’t-miss centerpiece of this season, and it absolutely lived up to the hype. Though there were certainly some heavy-handed touches in director Elkhanah Pulitzer’s staging (a hotel room gradually filling with sand? penetration with a wine bottle?), musical triumph outshone any tawdry antics onstage. There was not a weak link to be found among the four assured vocalists onstage—though Hadleigh Adams, flexing his broad-ranged and potent baritone as the Duke, deserves special mention. The brash, gutsy sound of conductor Mary Chun’s new music ensemble Earplay topped it off, accentuating the dizzying sonic spectrum of Adès’ score.

2016’s festival concluded on a lighter note with Handel’s Agrippina, a fun romp through familiar dramatic territory—West Edge’s website describes it as the “comic prequel” to Monteverdi’s L’incoronazione di Poppea. The set design did more than just recall stage director and West Edge general director Mark Streshinsky’s childhood fascination with Hieronymus Bosch’s Garden of Earthly Delights, it was the painting, blown up on a massive scale—perhaps a bit heavy-handed in itself, but not exactly out-of-place, either. Unlike Powder Her Face, whose cast was fearsomely consistent, definite standouts distinguished themselves in Agrippina. From her appearance in the very first scene, Céline Ricci completely embodied the impetuous Nerone, showing her chops as a singing actress, and countertenor Ryan Belongie elicited well-earned ovations as Ottone, especially after his second-act “Voi che udite il mio lamento.” The Chicago-born harpsichordist Jory Vinikour led ably, accompanied by a sensitive and sympathetic period orchestra.